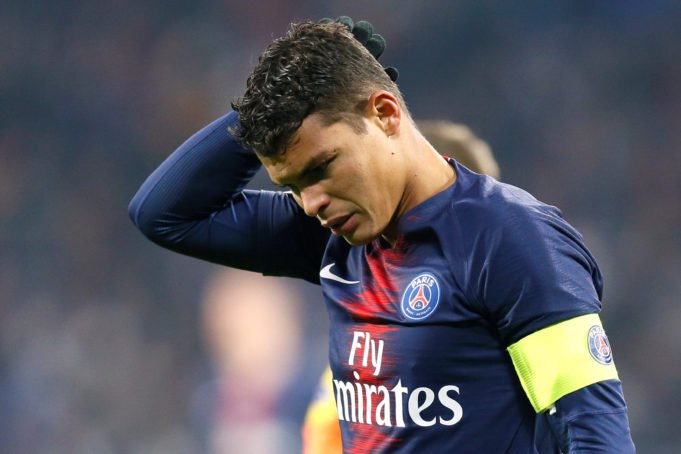 Paris Saint Germain defender Thiago Silva has said that Manchester United manager Ole Gunnar Solskjaer will be happy with what he saw during the match between PSG and Lyon. The reigning Ligue 1 champions were defeated by 2-1 at the hands of Lyon, which also marked the end of their unbeaten run in the Ligue 1 this season.

Speaking to the media after the match, the PSG skipper and ace defender said, “Solskjaer must be happy with what he saw. We started the game well, but then we lost our concentration and did not have a good first half.”

He added, “For me, too, it was difficult. The second half was better but that was not enough. We missed a lot of things. We need to be more focused when we do not have the ball, for example. But do not be worried about us. Next Tuesday, in Manchester, it will be another competition, another environment, another atmosphere. In the meantime, we have to work between us to show something else. We will be facing a great team. Manchester United are on a run of nine wins in 10 games.”

SEE ALSO: Molde Owners Told Me Not To Come Back: Solskjaer