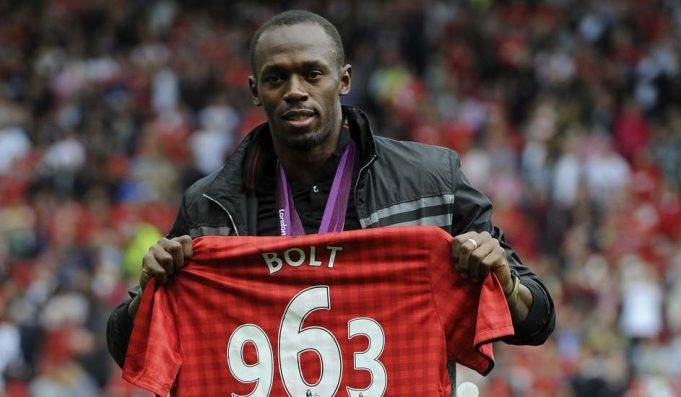 If the truth is told, no game in the entire world, let alone football, would be enthralling if it didn’t have two sets of fans going down each other’s necks over silly banters. The supporters are rightly deemed as the 12th man in football; their reactions at a game can actually make or break players.

Manchester United is known to boast the largest fanbase throughout the globe. Thanks to the massive worldwide support they receive, the Old Trafford sees thousands of fans flock into its seats every weekend.

Former World Champion and number 1 golfer Rory McIllroy has made no secret of his love for Manchester United. He is quite frequently seen supporting them on social media and is probably one of the biggest celebrity fans of the club around.

Apparently, when asked about why he likes the Red Devils, McIllroy said,

Quite clearly, the class of 92 are a major reason why the golf champion became a Manchester United fan in the first place. Well, he isn’t the first of many to be left dazzled by what that group of young kids did at United all those years ago.

Hollywood star Megan Fox is a heartthrob for multitudes of males given her sizzling moves on screen. The American actress took it to the next level when she was photographed wearing a Manchester United shirt a few years ago.

Apparently, Fox is known to be a massive fan of the Little Pea a.k.a Javier ‘Chicharito’ Hernandez. Chicharito is known to be one of the best cost-effective investments in times of Sir Alex Ferguson as he was well-reputed for scoring match-winning goals after coming off the bench.

Megan Fox was also once seen celebrating a Hernandez goal and we totally understand theel ecstasy behind it. After all, the Little Pea was a darling of the Stretford End, wasn’t he?

As a sportsman, it would be a crime to ‘introduce’ Usain Bolt to any sportsman. Labelled as the fastest man on earth, the Jamaican is known for his blistering pace on the Olympic tracks, thanks to the strength and speed in well-muscled legs, Bolt has won Olympic medals multiple times in his career as a runner.

Off the Olympic track, the Jamaican has also confessed his love for Manchester United. He was seen visiting a training session and also expressed his desire to play for United. Apparently, Cristiano Ronaldo is known to have taken a few sprint tips from Bolt.

Bolt is also a big fan of Rudd van Nistlerooy, who is one of the best strikers ever to have graced Old Trafford.

One of the world’s famous singers, Justin Timberlake has also revealed his allegiance to Manchester United. The Friends With Benefits star apparently became huge of the sport as a whole after he met United attacker Alan Smith.

He said,
“I’m red! My bodyguard Eric and I are Manchester United fans. I’m mates with Smithy so he’s my favourite player but Ronaldo doesn’t suck either, he’s awesome. I really like Rooney too.”

Apart from his love for the Red Devils, the American singer has also reserved praise for the United fans for their unwavering support towards their beloved club.

No wonder the United fanbase is probably the best set of fans in the beautiful game!

There goes a second Chicharito fan on this list. Rey Mysterio might have masked his own face throughout his entire career, but he can’t cover the delight of revealing his allegiance to Manchester United as a loyal supporter.

Apparently, the WWE star has close connections with Chicharito, who also happens to be his countryman. Mysterio has also passed the love for the striker and the club down to his two sons, revealing that the duo are also huge fans of Chicharito.

The wrestler was also seen visiting the Manchester United dressing room at Old Trafford and proudly sporting a Chicharito shirt.

Popstar Olly Murs is one of the most loyal fans you will ever find around Old Trafford. The singer himself dreamed of being a footballer in his young ages albeit he never made it to the top.

Murs has been seen supporting United frequently at Old Trafford. He is also keen on posing in pictures with fellow United fans and drops at Carrington training complex in a while to offer his support to the lads.

For those of you who don’t know, Olly Murs also hit the headlines after he was cheekily tackled by Jose Mourinho in a Rest of the World vs England which was played for charity.

English actress Gemma Atkinson is know to be one of the top 10 celebrity Manchester United fans. That is well understood knowing she hails from Bury, a town in Greater Manchester.

Atkinson has been known to visit Old Trafford during home games on several occasions.  Also, she was once spotted cosily hugging United great Ryan Giggs at dinner.

While the media were quick enough to churn out rumours about their relationship, the actress herself denied any such possibility.

MS Dhoni is one of the most ardent celebrity followers of Manchester United. The Indian cricketer has established himself as one of the all-time greats in the game.

Having played as a goalkeeper in his early days, it’s his skill between the posts that convinced his then-coach to use him as a wicket-keeper. Wasn’t a bad decision, was it? Dhoni easily sits in the highest echelons when it comes to listing the game’s greatest wicket-keepers ever.

Back in 2017 when Dhoni announced thst he had given up captaincy in the ODI format of Cricket, Manchester United congratulated him on his illustrious career as the Indian skipper.

World-Cup winner and skipper of the England Cricket team, Eoin Morgan has also pledged his allegiance to the Red Devils. The Dublin-born batsman revealed that he has been a fan of the Red Devils since he was 10.

Morgan also stated that as a kidz he admired Roy Keane and Dennis Irwin, two Irishmen who made a name for themselves at Old Trafford. He also said that United’s Champions League victory in 1999 against Bayern Munich was his best memory as a Red Devils supporter.

To cap it all, the English skipper didn’t think twice about mentioning Liverpool when asked about which team loved seeing United beat the most!

Famous Indian actor and affectionately known as the King of Bollywood, Shahrukh Khan is a solid Red Devils supporter himself, definitely ranking high in the list of top 10 celebrity Manchester United fans. The B-town star has also expressed his desire to see his son playing for United in the past.

A few years ago, United defender Rio Ferdinand also invited Khan to hang out with him. The two stars were seen exchanging messages on Twitter, although they were taken down later. However, that didn’t stop snapshots of their tweets from making rounds on the fan pages of both Ferdinand and Khan.