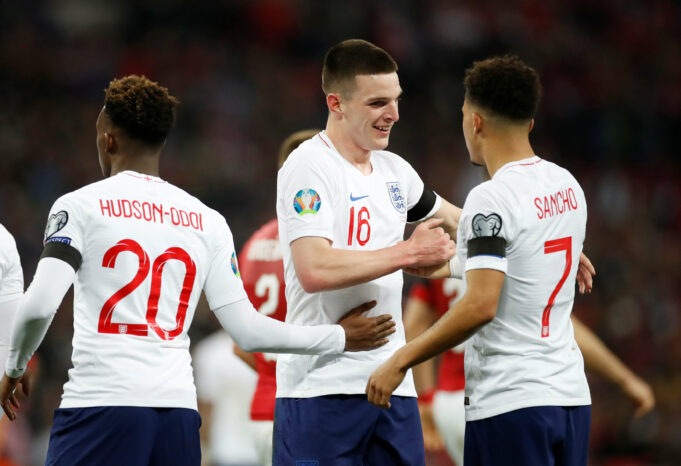 Manchester United have expressed considerable interests in signing Declan Rice after this season and West Ham United are prepared for an offer this summer.

The England international has been a standout performer for the Hammers which also earned him his first senior cap for his country.

Rice is the latest young face to have been introduced to the defensive midfield role and have excelled at it. Primarily trained as a centre-back, the 20-year-old has adjusted brilliantly to the new role under Manuel Pellegrini.

He is now a guaranteed starter with 33 appearances, 2 goals and single assist recorded this season. His potential to grow into a Premier League star is massive and United are aware of that.

Ole Gunnar Solskjaer will have to address some of the problematic positions in the club which needs improvement. Ander Herrera’s departure this summer will open up a huge gap in the middle of the park, especially with Fred turning out to be lacklustre in his duties.

A defensive figure needs to be established next to Paul Pogba to allow the Frenchman to dictate the team’s attack. Rice is the perfect figure to tie it all into place at the Old Trafford.

Even if he just signed a contract with West Ham this past December, a move to the Red Devils would definitely see a giant rise from his £30,000-per-week paycheque.