If there was to be a vote tomorrow on which is the most in crisis club in the Premier League, Manchester United would probably rank ahead of Norwich City.

This is keeping in mind that Norwich are 20th in the table and will probably get relegated. However, they have played entertaining football, packed above their punch and got a board and a manager who are in sync – everything missing from Manchester United.

At Old Trafford, their director Ed Woodward knows a little more about football than the aliens earth might get a visit from one day. At the managers chair, is a person who by his own admission used “Fantasy Manager” video game to scout and judge players.

The players in the clubs are divas of their own making earning in thousands of pounds week in week out and all the owners care about is the off-field marketing.

So where to fix this situation from?

They have already tried to good managers like Louis Van Gaal and Jose Mourinho before putting a puppet like Ole in charge. However, there are now new talks of Pochettino coming over.

Poch is a seriously talented manager who has developed immense talented and taken Spurs from mediocrity to an elite level. Can he do the same at United?

Probably not since he will not be given resources – instead he will be given star players who might or might not fit his bill.

So then should Ole stay in charge? Definitely not as Poch will at least get them top 6 unlike Ole who will definitely struggle for top 10 next season.

We think Ole has to go – probably back to his room where he can play his video games – but along with him Woodward needs to get packing as well. The man is a brilliant businessman. Unfortunately for him, its football. 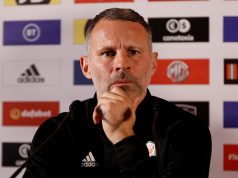