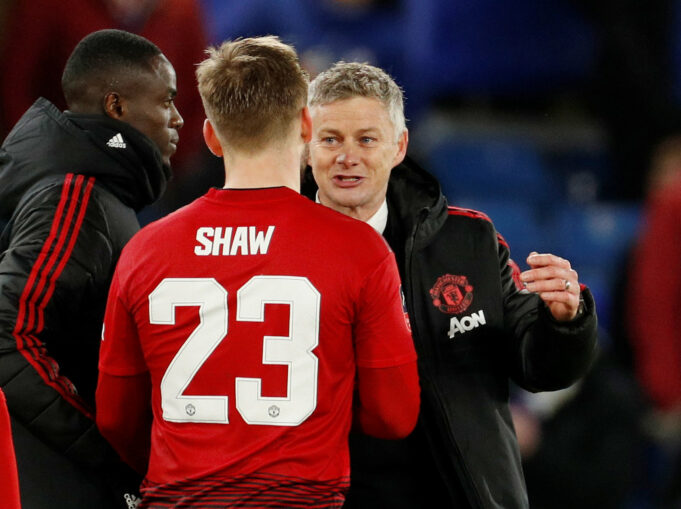 Luke Shaw has insisted the arrival of Ole Gunnar Solskjaer has lifted the mood at Manchester United.

United appointed the Norwegian on an interim basis following Jose Mourinho‘s dismissal and so far he has done a wonderful work. Since he is at the helm, United are yet to taste a defeat in the top flight while they advanced to the FA Cup quarters getting the better of Arsenal and Chelsea on the road.

His free-flowing style has helped the likes of Paul Pogba and Luke Shaw to flourish. Shaw particularly has been the preferred choice in the left back position and has had a number of impressive outings for the Red Devils in this campaign so far.

Shaw said, “The whole mood of the camp is the best since I’ve been here.

“The results are showing that with the right mood and mentality. The way the coaches and managers are putting their tactics out on the pitch are working perfectly right now. Of course, it could have been better if we beat Liverpool and against PSG, but there are lots of positives to take at the moment. It’s onwards and upwards at the moment – we’re happy with how things are going. We need to keep doing that.”

“He [Solskjaer] knows what this club needs and what it’s about.