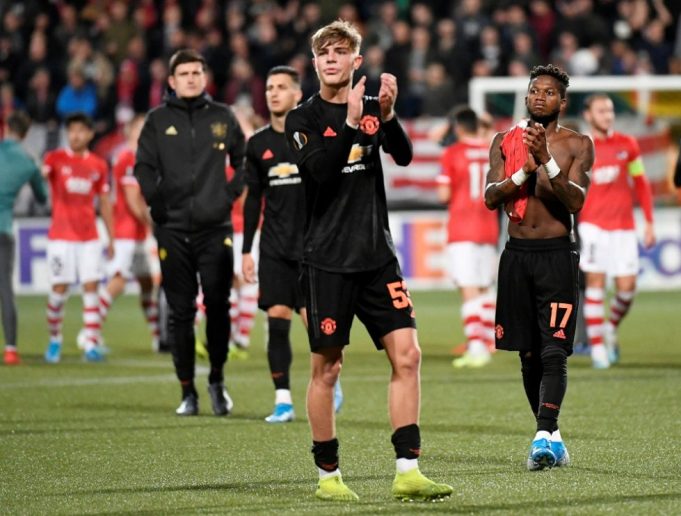 Manchester United are close to finding a loan agreement with Southampton for Brandon Williams.

He only managed 14 outings last terms after impressing in 2019/20 with 37 appearances.

“Southampton are confident they can finalise a deal,” The Athletic reported.

“The two clubs have held talks, and with the full-back eager to get regular game time, good progress has been made.

“The defender has been assured Hasenhuttl is ready to grant him much greater playing time than he was afforded at United last season, while complimentary reports on the Austrian’s management have made their way to Williams.

“There are still details to sort, including salary contributions. Southampton would be expected to take on the entirety of the defender’s wages, just as they did when they signed Liverpool’s Takumi Minamino in January.

“One stumbling block could yet be the fee. Should United demand a major payment from Southampton, the move might fall through.

“Ed Woodward insisted on a £1.5 million fee for Jesse Lingard’s six-month loan to West Ham United, delaying the completion of the switch until late in the January window, and it remains to be seen where the executive vice-chairman pitches Williams.

“It is regarded as unlikely there would be an option to buy included in the contract. But sources are encouraged a move will be completed sooner rather than later, with Southampton hoping to have Williams in for pre-season at the earliest moment.”