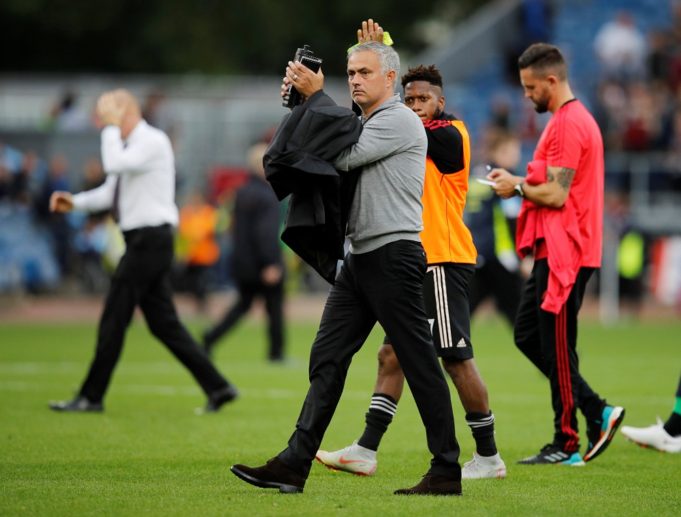 He has urged the players to fight to succeed under him

Jose Mourinho was appointed as Manchester United manager back in 2016, taking over the charge from Louis Van Gaal. He guided the team to win League and Europa League, which ensured their return to the Champions League.

The Red Devils finished second in the Premier League behind Manchester City last season, their highest ever since Sir Alex Ferguson retired. They also reached the FA Cup final but were beaten by Chelsea.

The manager wanted quality additions during this summer transfer window after signing the likes of Nemanja Matic, Romelu Lukaku, Alexis Sanchez, Paul Pogba etc in the the past transfer windows. Diogo Dalot, Fred and Lee Grant joined the squad this summer.

But the club failed to sign any more players the Portuguese wanted, especially a high profile centre-back and openly expressed his disappointment for not getting the players.

His abrasive approach has seen public bust-ups with Paul Pogba and Anthony Martial among others, while United’s poor start to the season has seen them suffer shocking defeats against Brighton and Tottenham.

However, former England and Chelsea star John Terry believes the club can enjoy success under Mourinho and has urged the players to show 100 percent commitment in order to succeed.

“At every club he has had big characters and I’m not sure he has that at Manchester United at the moment. At Chelsea, he did,’ Terry told Sportsmail.

‘He embarrassed me after one pre-season, after we had won a league title. He stopped the training session, came in, threw down his pad. “If you keep giving the ball away, I will go and buy someone for £50million”.

‘I am thinking, “I played every game for you last season! And now you’re trying to humiliate me!” I didn’t understand why he was doing that, but my instinct was to run and give everything; flying into tackles, winning the ball.

‘We made eye contact and he grinned. He knew exactly what he was doing — to get the best out of all of us. I have seen him do the same to Frank Lampard, Didier Drogba, Ashley Cole, Michael Ballack. Big personalities in the dressing room.

‘Does he have the same now at United? You have to stand up and turn up at training every day and show him that you want to win at all costs. If you’ve got that, he’s 100 per cent on your side.

‘I do think he’ll bring success to United, but it needs patience. My top three for this season will be decided between City, Liverpool and Chelsea. That leaves United and Spurs fighting for fourth.’