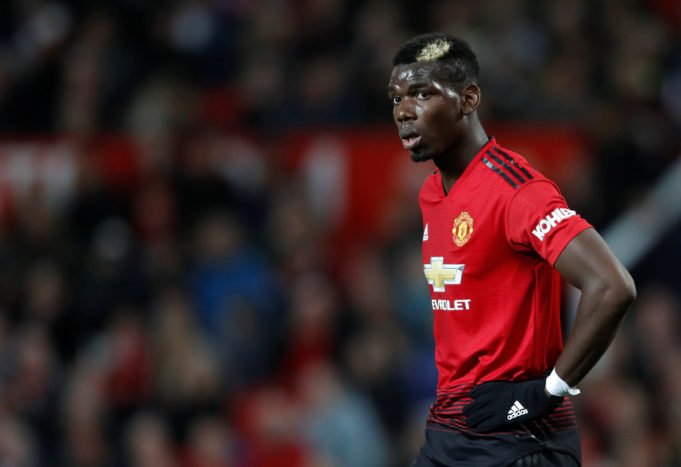 There has been plenty of talk regarding Pogba’s future at Manchester United. There have been rumors of Pogba not having a good relationship with Jose Mourinho. Several reports linked Pogba to Barcelona and Juventus.

Ince is of the opinion that Pogba leaving will be good thing for himself and Manchester United.

He said, “I can’t say I’m surprised to hear about the Paul Pogba rumours, suggesting he’s interested in leaving Old Trafford in January. He said recently that he was happy at Manchester United, but I didn’t believe any of that.

The club will have to think carefully about whether they’re happy to let him go, though I’d say his behaviour over the last year or so would make that decision easier. I believe a Pogba move away from United would suit both parties. If we’re being honest, he’s never settled on his return to the club.

He’s been inconsistent in his performances, going from world class to looking bang average, and there’s always been whispers and transfer talk surrounding him in that time.”

Ince also called Pogba an attention seeker and likened him to former Manchester United teammate Eric Cantona. Ince said, “He’s one of those players, that as long as he’s at United there’s trouble and talk. His personality is to stir up rumours – like getting in a picture with Messi recently. He’s an attention-seeker, he wants people to talk about him.

The drama around Pogba reminds me of Eric Cantona. There was always something going on with Eric, but he was too good to get rid of. You didn’t care about all the noise around him. Don’t get me wrong, I’m not saying he’s Cantona, but if he plays at a top level then no one at United will care about the drama that comes along with Pogba.”

Pogba missed the international break due to a muscle injury. There’s no telling if he will play Saturday’s match against Crystal Palace. Manches