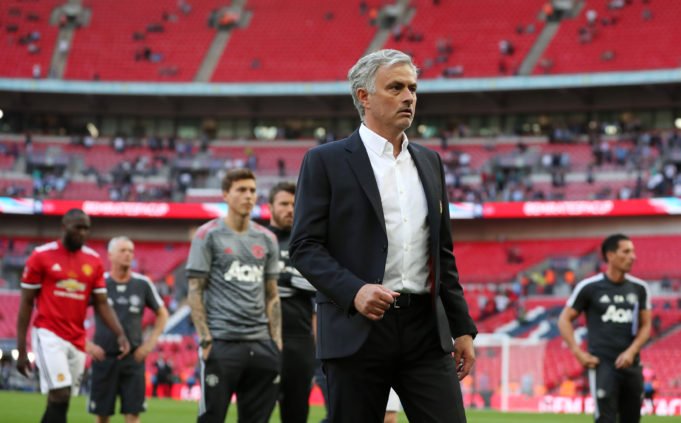 The former United star looked unhappy with United’s performance in the transfer window as well as their pre-season performance.

The former midfielder believes that  Manchester City boss Pep Guardiola had been the manager of United he would not have been happy with what United’s present boss Mourinho is doing.

In taks with beIN Sports, the defender said, “As a football person, if you’re a coach and you see your team playing – he [Mourinho] may be happy [with the style of play],”

“It’s a team who grind out results rather than really impresses you. That’s probably what he is happy with, that’s where he has been at his best over the years. If Guardiola was the manager of Manchester United he would hate what he was seeing – and it would be different. But, the most important thing to him is results, he will be judged on that.”

Mourinho had a good first year at Old Trafford by winning the Carabao Cup and Europa League but last season was not so good for the manager as they ended up 19 points behind 1st place Manchester City and a trophy-less season for Mourinho will be considered a disaster for the manager.

He said, “Last year was a disappointing year. You don’t have any divine right to win a trophy, I know that, but the way they performed in the league wasn’t at the standard required,” he added.

“They got beaten by Sevilla in the Champions League who are a poor team. Yes, they got to the final of the FA Cup, but every year that Manchester United don’t win something is a disaster, and that will carry on.”