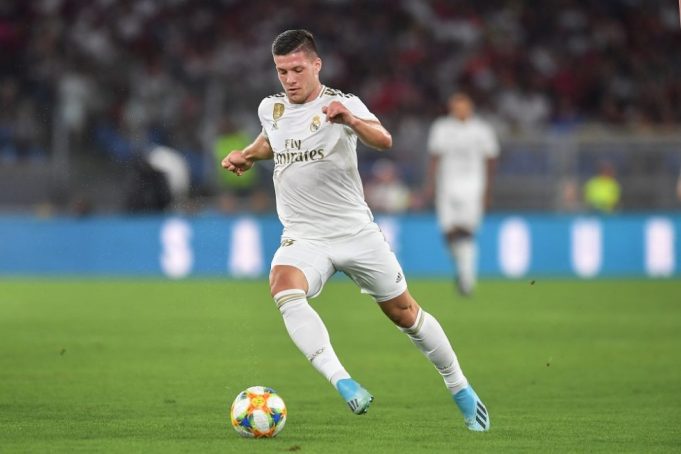 Luka Jovic is a point of serious interest for Manchester United.

According to Gianluca Di Marzio, the Red Devils want to acquire him on loan for the season and have contacted Real Madrid.

Zinedine Zidane has been tasked with clearing out the club ranks this summer. That is why Real bid farewell to Gareth Bale, James Rodriguez, Sergio Reguilon and a host of other names over the past two months.

Jovic is excess to Zidane’s needs and does not quite fit into his plans. The Serbian has failed to live up to expectations after securing a £50m switch from Eintracht Frankfurt two years back. Karim Benzema remains the outright choice at number nine even at 32 and Borja Mayoral seems to be winning minutes over Jovic.

United need to bring in more attacking reinforcements. The trio of Mason Greenwood, Marcus Rashford and Anthony Martial won’t do in a tightly-squeezed campaign. Odion Ighalo came to serve as backup last term but Ole Solskjaer would prefer younger options.

Jovic definitely fits the bill at just 23. He has led a promising campaign in Germany to showcase his true abilities. The Serb can still pick up his game if given the right backing and environment to thrive.