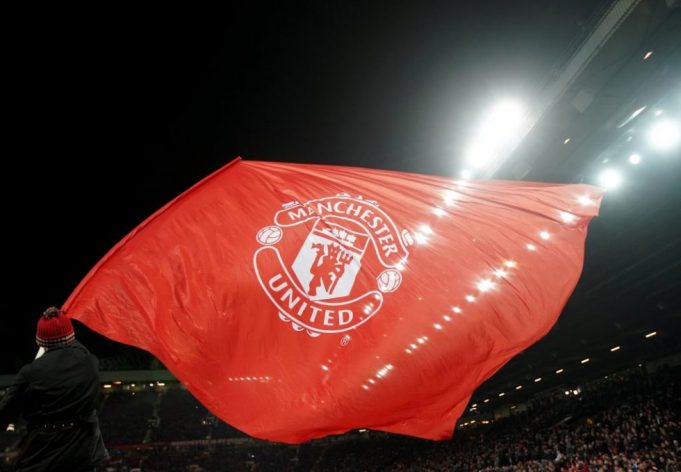 Manchester United is yet to get their season underway.

The Old Trafford club reaching the semifinal of the Europa League in Germany would ensure that the Red Devil will have one week rest along with their Manchester counterpart as they also reach the quarter final of the UEFA Champions League in Portugal due to the calendar disruption caused by the COVID-19 pandemic.

The season was underway on September 11, and the English clubs are living up to the expectation as the top guns are firing on all cylinder.

Manchester United reached the semi-finals of both the Emirates FA Cup and Carabao Cup last season but the competitions will have a different look because of the congested fixture calendar and problems caused by the COVID-19 pandemic.

There will be no replays throughout the 2020/21 FA Cup tournament, with all the games decided on a one-off basis. The Reds will be in the hat for the third round, which will be staged around the weekend of 9/10 January 2021.

The final is on 15 May 2021 but the Football Association commented: “After two seasons of record levels of prize funds, the Emirates FA Cup prize fund has returned back in line with 2017/18 levels due to the financial impact of the COVID-19 pandemic.”

Despite coming nowhere near winning the Premier League title in 2019-20, there is cause for optimism among the Old Trafford faithful ahead of the new campaign. Ole Gunner Solskjaer was happy to give youth a chance and the likes of Mason Greenwood, Scott McTominay and Brandon Williams got game time at the business end of the season.

But it was the signing of Bruno Fernandes that made the difference for the Old Trafford Club, Manchester United began to look like a team with much ambitions since his inclusion in the team, but the end of last campaign showed that the united team were mere human after all.

The Red Devils fell behind Chelsea in the semifinal tie at the Wembley stadium as David Degea howler would make sure that Man United are not reaching the final in their last FA Cup tie for last campaign.

Manchester United this season will be looking to further their ambition this year after their three quarter-final defeat in Carabao Cup, FA Cup and UEFA Europa League last campaign. However, the question in the question in this season remain to be answered, Can Man United do better this term?

Some Manchester United faithful would argue that the recurrent injury to Paul Pogba and Rashford in their last campaign disrupted their season. The quality of these players can unlock any defense line, but their season would be marred with many lukewarm display. But the resurgent of the Red Devil in their last campaign would mean to go up against any rival locally and internationally.

Furthermore, the FA Cup forecast is showing Why Man United will do better in the FA CUP this term. The Red Devil will be looking to advance beyond their last semifinal defeat at the hands of Chelsea.

After much financial investment in the lacklustre Jose Mourinho’s Manchester United, the team was showing some attitude toward the right direction prior to their last summer overhauling. The like of Alexis Sanchez, Chris Smalling and youngster goalkeeper were loaned out to Inter Millan, AS Roma and Shelfield United respectively and the like of the Ashley Young, Antonio Valencia and Romelu Lukaku was shown the exit door to Inter Millan also.

But the purchase of Harry Maguire, Aaron Wan Bisaka and Daniel James would affirmed the new era in the Old Trafford dugout. More also, it was the arrival of Odion Ighalo and Bruno Fernandes that would change the faith of the club for better from January, when Man United began to look like a proper big team once.

The accumulated fatigue due to over usage of the team would eventually break down the flow of the team once again and the Red Devil will begin to struggle to replicate the form that made them fearsome and gruesome to their rivals locally.

This season, Manchester United will be looking to the gap on the most successful FA Cup team in English topflight. Manchester United had already have 12 FA Cup title to their name and Arsenal have the record 14 triumphs and getting better than the Gunners is the most realistic silverware that Man United can attain this year behind the English Football League Carabao Cup.

From the perspective of depth, Manchester United is looking to bolster it team with the signing of the English prodigy to their rank this summer from Borussia Dortmund, the prospective of the Jadon Sancho would give the team it necessary width and a creative spark from the wing which will be relieving the like of Fernandes and Pogba of their creative duties with the addition of the cutting football which is missing due to the direct football play of Anthony Martial and Marcus Rashford.

Also, the signing of Donny Van Der Beak from Ajax was a super addition to the team that want to challenge on all front due to the rotation policies to keep all afresh for both international and local competition for a jam-packed calendar season.

Moreover, the Dutch creativity and eye for goal will make the Red Devil a threat once again which can easily fulfil their quest of been the best FA Cup team in England.

Furthermore, the ambitious call back of Dean Henderson from Shelfield United will amount the youngster keeping the cup competition at the least. The shot stopper was a priority for most British club due to his ability.

While Sergio Romero had been in goal for the Red Devil in cup competition and deputizing for the Spanish goalkeeper had ensure an easy ride for the Spaniard, but the acquisition of Dean Henderson would buckle the Spain international into his lethal best he once have.

Lastly, other team are bolstering their squad depth to win a silverware in this campaign and some are yet to get any at all. However, this term FA Cup will be United own to as the team resurgence make sure that they overwhelming favorite to lift the cup once again.