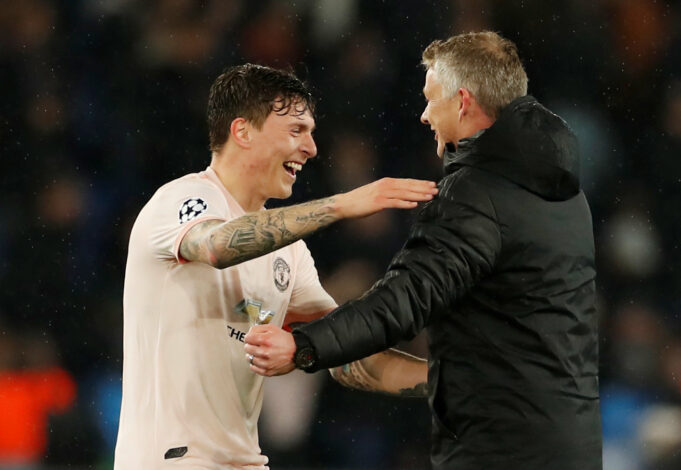 Victor Lindelof insists he will be very delighted if Ole Gunnar Solskjaer would be given the permanent charge of Manchester United.

Lindelof has been key to United’s recent resurgence as the Swedish international has been the main reason behind United’s improved defensive performance. He has marshalled the backline with ease and Solskjaer seems to have settled pretty well with Lindelof’s partnership with Chris Smalling.

Solskjaer’s arrival has stabled things at the Old Trafford and the Red Devils are on the verge of breaking into the top four. The Norwegian is also being considered for the job on a permanent basis and according to reports, an announcement could be made anytime soon.

Lindelof said, “If he gets the job, I will be pleased.

“It’s not my job to decide in the end, but, of course, I’m very happy with the things that he has done since he’s arrived. I have nothing bad to say about him.

“He’s a legend of the club, so he knows everything about being here as a player, so when he speaks to you, you always listen. He knows what he’s talking about because he has been through it all. That’s also a very good thing to have.

“He’s been amazing since he arrived and he came here with a big smile on his face and I think that was important for all of the players.

“He spoke to me and told me to do the things that I’m good at, to show my abilities and to express myself on the pitch. That was very nice to hear.”